Chelsea won 3-0 at home against West Ham in the 14th week of the Premier League.

Goals for The Blues were scored by Thiago Silva and Tammy Abrahm with his two goals.

Chelsea was the best team on the field and received an overall grade of 7.32, while the Hammers were rated 6.26.

The player with the best performance in this challenge was Abrahm who scored two goals and was rated 8.8.

On the other hand, the failure of this challenge turned out to be Declan Rice which was rated 5.9. 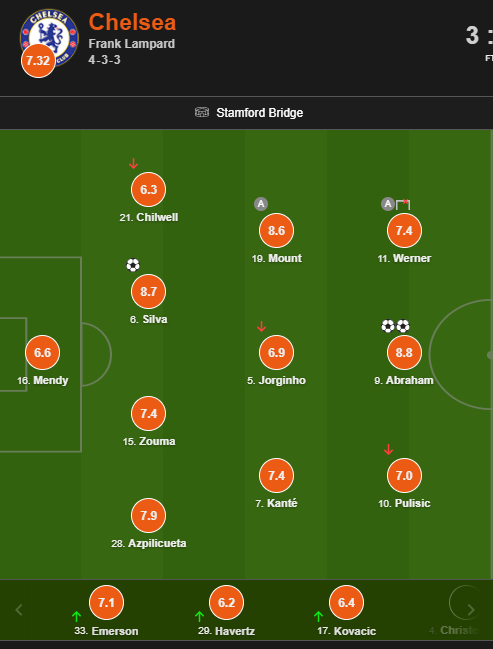