Skip to content
HomePremier LeagueAbraham missed the ideal opportunity from a meter away at the empty gate, teammates make fun of him on social media


Chelsea striker Tammy Abraham has ended up as a ‘mocking object’ by his teammates after losing a one hundred percent chance to West Ham.

Chelsea took a minimal 1-0 win on the road against West Ham, making a big step towards a place in the top four of the Premier League.

The only goal in this victory of Thomas Tuchel team came from the German striker, Timo Werner.

However, the Blues could have had a deeper result, as the Hammers played for many minutes without a player and Chelsea had some ideal chances.

The best chance to double was that of the last extra minutes by Abraham, who with his head failed to shake the net from a distance of one meter.

“Great victory! “It was difficult, but I felt good to be there again,” Abraham wrote in his profile on Instagram after the match, while labeling Mount saying it is only nearly two feet tall.

But, this post is not easily swallowed up by his teammates Mason Mount and Ben Chilwell, who have ridiculed him. 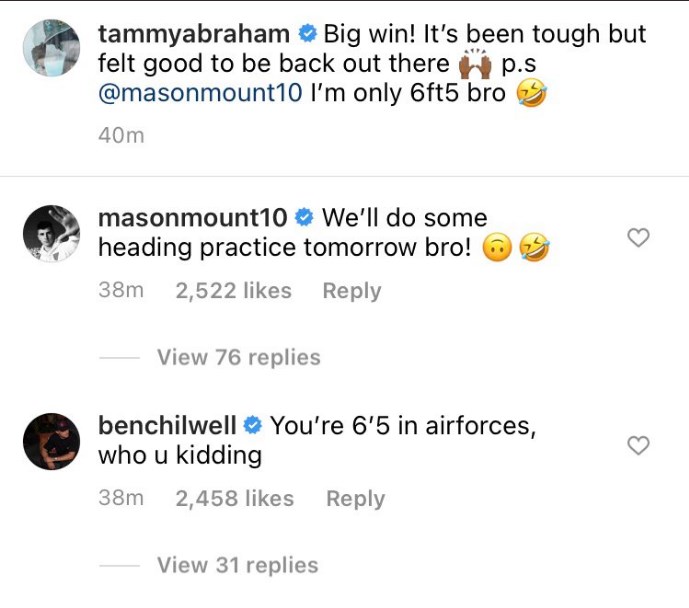 “You’re almost two feet in the air, you’re kidding,” was another comment from Chilwell. / Telegraphy /