Wayne Rooney is considered by many football analysts to be the best English player since the time of Sir Bobby Charlton.

There is no doubt about his career as he was part of Manchester United, where he managed to win many trophies and break records.

But one should not just look at his records to say that he is the best English footballer since ancient times and in modern football. 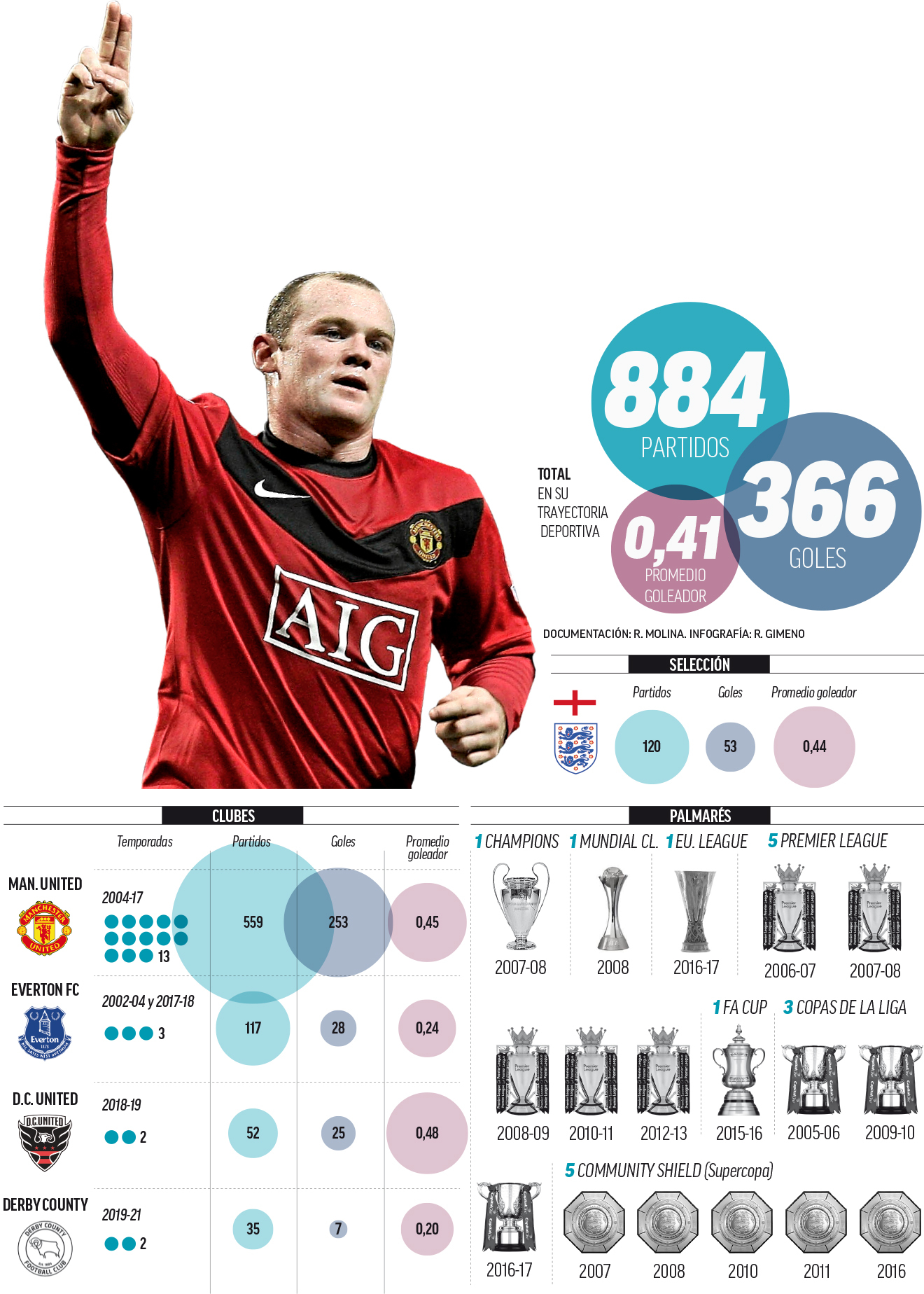 He was a fantastic number 10 even though during his career he played more as a number 9.

There are many fans who think Frank Lampard, Steven Gerrard and David Beckham were better than Rooney, but that is not the case.

He had a fantastic right foot and his passes were millimeter, making difficult things seem simple.

Rooney also wins the quantitative debate: the player with the most goals in English history (53, with Charlton following him); second in appearances for England (120) after Peter Shilton (125); has been named Player of the Year four times (2008, 2009, 2014 and 2015); second best scorer in Premier League history (208) after Alan Shearer (260); and five Premier League titles in 13 brilliant years at Manchester United, including the 2008 Champions League.

In short, this No.9 with incredible talent was a super star: he got free kicks, penalties… he was a complete finalist with a lot of character. Now, we only have coach Rooney. /Telegraph/