Liverpool beat Aston Villas 4-1 in the third round of the FA Cup.

Albanian star Xherda Shaqiri also played in this match, entering the game from the 61st minute.

Shaqiri made two beautiful assists in this meeting, for the third and fourth goal that sealed the victory of Liverpool, which were scored by Sadio Mane and Mohamed Salah.

He from ‘Whosocred’ is rated 7.7, very high for a player entering the second half. 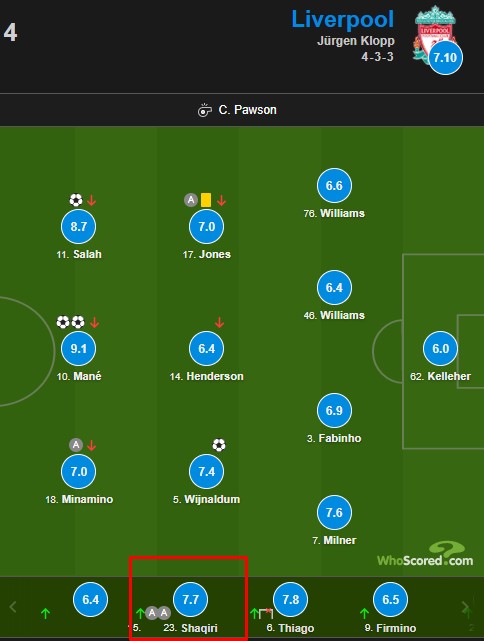 Shaqiri becomes the first player to donate two assists in a game as a substitute, after James Milner who had done the same in 2017 against Spartak Moscow.

2 – Xherdan Shaqiri is the first Liverpool player to assist two goals as a substitute since James Milner vs Spartak Moscow in December 2017 (3) and Shaqiri assisted those two goals within 208 seconds of coming off the bench. Impact. pic.twitter.com/tJyJivStfL

He provided assists within 208 seconds, having a direct impact on the result.telegraph/