Skip to content
HomePremier LeagueArsenal 0-1 Manchester City, the grade of Granit Xhaka and others


Manchester City has beaten Arsenal 1-0 in the 25th week of the Premier League.

The only goal in this match was scored by Raheem Sterling with an assist by Ryad Mahrez.

Citizens were the best on the field and were rated 6.97, with Arsenal being rated 6.22.

The player with the best performance in this match was Sterling who was rated 7.7.

Granit Xhaka had a not very good performance, being evaluated with 5.9.

On the other hand, the failure of this challenge turned out to be Pierre-Emerick Aubameyang who scored 5.8. 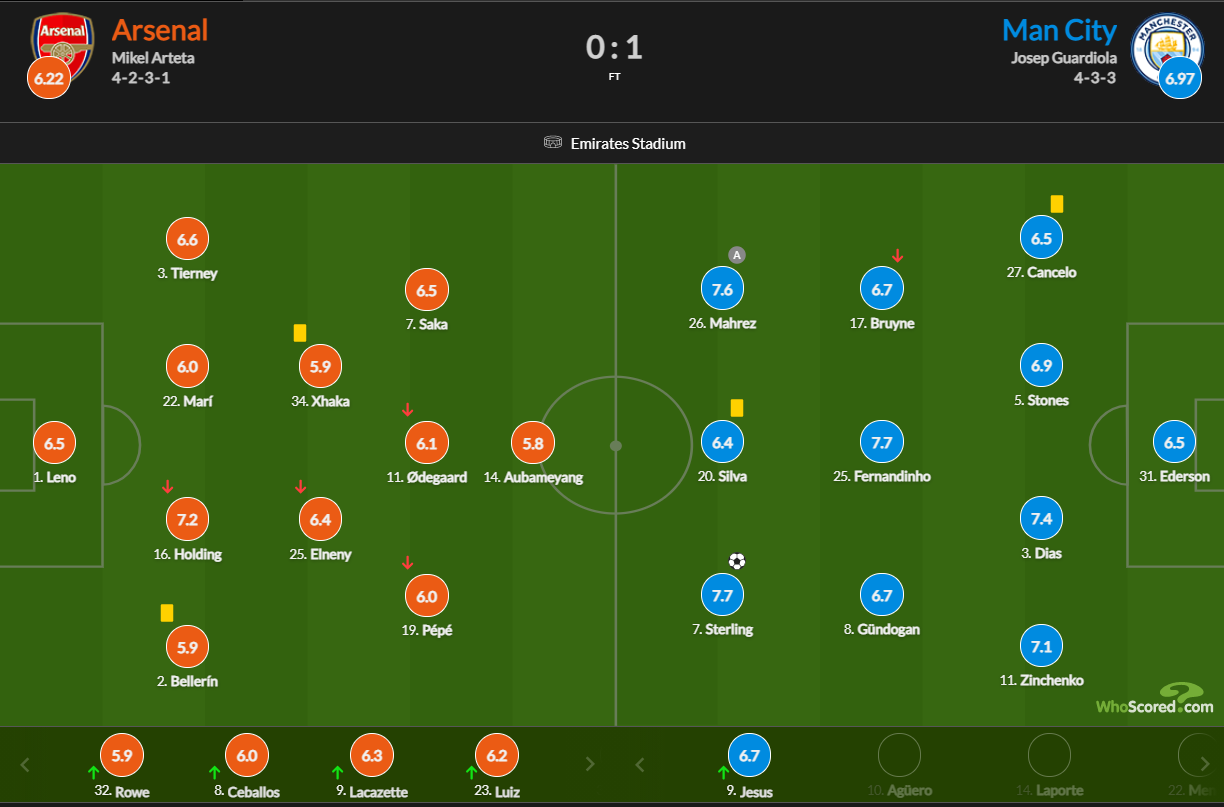