City want to bring in a new striker to replace Sergio Aguero and it is no longer said to have faith that Gabriel Jesus is the man who will succeed the Argentine.

However, they apparently believe Haaland is. Along with Kylian Mbappe and Lautaro Martinez he is one of the most sought after strikers in Europe.

Mbappe is said to be Real Madrid’s number one target this summer while Martinez is being watched in Barcelona. Both clubs have also been linked with Haaland, but the strongest potential to make a deal seems to stem from England and the Premier League. 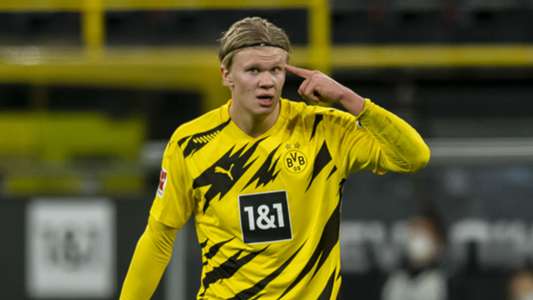 City already has a connection to Haaland. His father, Alf-Inge, has played for the club from the Etihad for three years and Haaland is photographed wearing their jersey as a child. They are in the best place, but Chelsea are also said to be very interested in the transfer.

Haaland is comfortable in Dortmund, but is open to making a big move in the summer of 2021.

The Norwegian striker is a born scorer. He has scored 82 goals in the elite since his debut in 2017 and this season has recorded 17 goals and three assists in just 14 games for the German club. / Telegraph /