Manchester City performed the task in the challenge held in Villa Park as a guest of Aston Villas, where they won 2-1.

As soon as the meeting started (‘1), John McGinn gave the locals the lead, while Phil Foden equalized the score in the 22nd minute thanks to an assist by Bernardo Silva.

Five minutes before the end of the first half, Rodri received a ball from Silva and scored for Citizens. 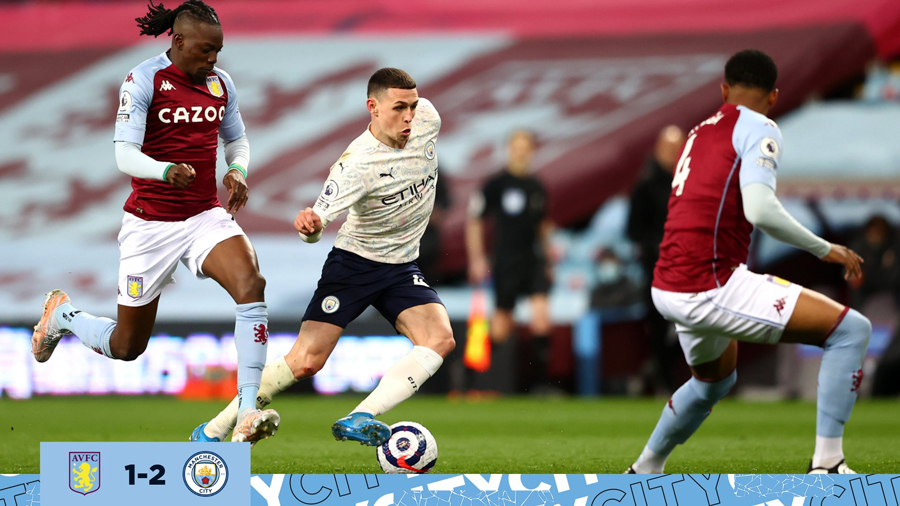 The visitors were left with one player less in the 44th minute after the dismissal of John Stones with a red card.

The number of players on the field equalized in the second half (57 ‘), when Matty Cash received two yellow cards within three minutes and was sent off.

With this victory, Manchester City rises to the quota of 77 points, 11 more than the first follower, Manchester United, which has a less developed match.

Aston Villa remains in the middle of the table, without any target, as it is located away from the European zone and away from the danger zone. /Telegraph/