David Luiz has not hesitated to sting Chelsea fans in his latest post on social media.

Arsenal have beaten Tottenham Hotspur in the 28th week of the Premier League 2-1.

But the attention (at least of Chelsea fans) shifted to Luiz who made a post on social media showing that London is red.

But, looking from the past, the Brazilian defender had the best period in his career at The Blues, but it seems that he has already left it behind. /Telegraph/ 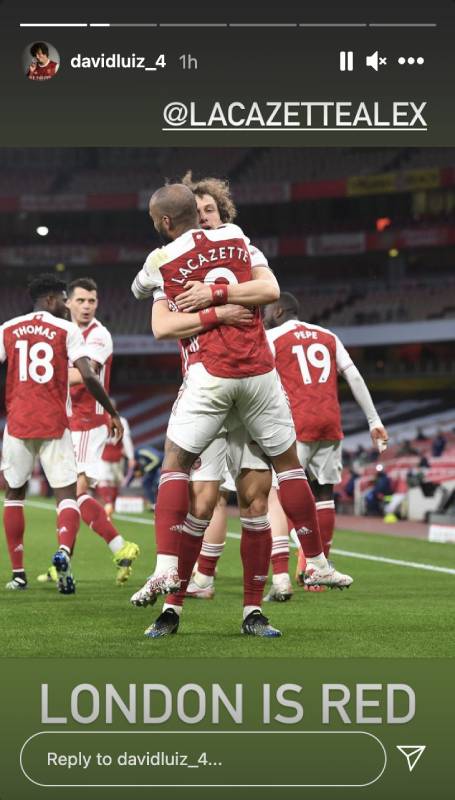