Belgian midfielder Kevin de Bruyne has signed a new contract with Manchester City and his profits will be staggering.

City confirmed this week the extension of the contract with the Belgian star, De Bruyne, who will be at the Etihad until 2025.

De Bruyne still had two years on his current contract, but City wanted to sign him on a longer deal after he became one of the best players in the world under the orders of Pep Guardiola.

However, the creative midfielder’s profits will be huge at the Etihad, conveys Telegraph.

According to the British medium The Sun, De Bruyne will earn 15.6 million pounds or 18 million euros a year. 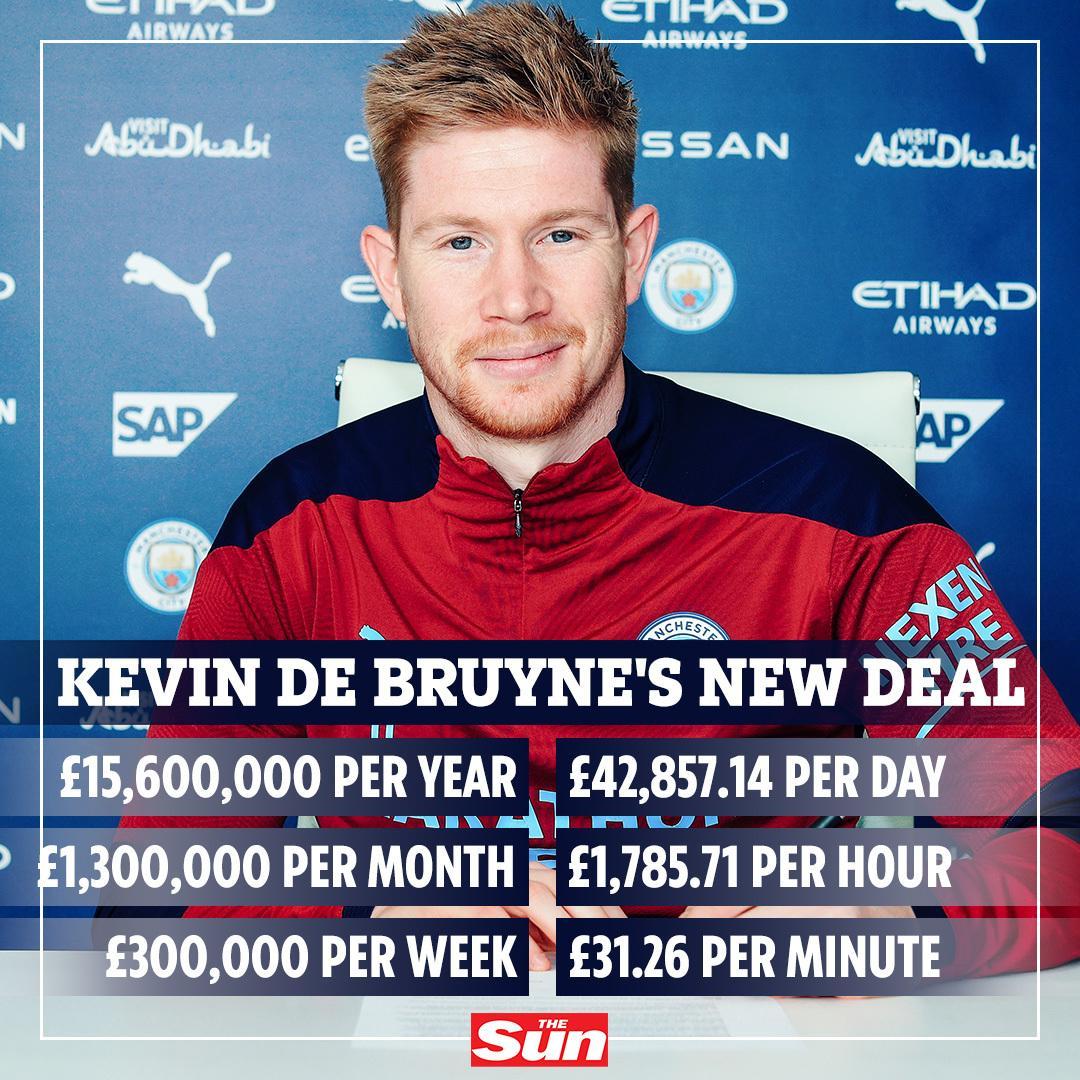 Breakdown by month, the Belgian will earn 1.3 million pounds or 1.5 million euros per month, while per week he will earn 300 thousand pounds or 345 thousand euros.

The Belgian’s profits will be huge even in a single minute, as he will earn 31.26 pounds or 36 euros. / Telegraphy /