The Uruguayan of Manchester United has been suspended with three matches and a fine that reaches the figure of 100 thousand pounds.

The footballer had apologized for what happened in November, after the match against Southampton. 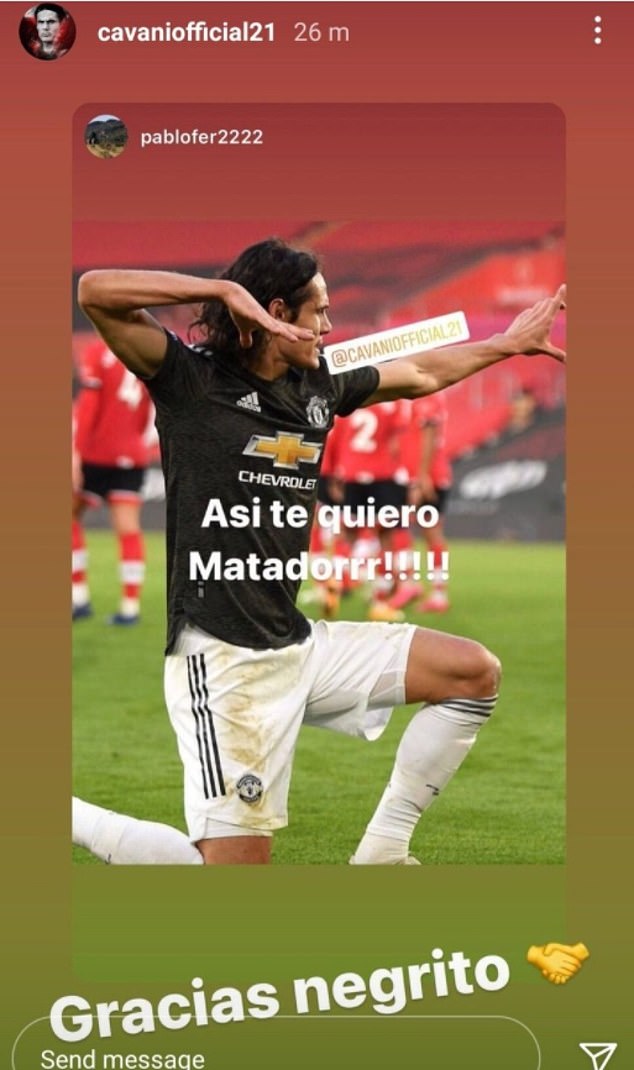 Cavani was in ecstasy, having scored two goals in the 3-2 victory against Southampton.

Wishes for him were numerous and among them was a friend.

The 33-year-old posted his message on “InstaStory”, while accompanying it with the words “Thank you black”.

For this he has now followed him by the disciplinary bodies of the English Football Federation. / Telegraph /