Manchester City were stopped by West Brom in the 13th week of the Premier League, after the match ended 1-1.

The goal for Citizens was scored by Ilkay Gundogan, while the guests equalized thanks to an auto-goal by Ruben Dias.

City was the best team on the field and received an overall grade of 6.74, with the WBA being rated 6.53.

The player with the best performance in this match was Gundogan who was rated 8.0.

On the other hand, the failure of this meeting turned out to be Kyle Walker who was rated 6.0. 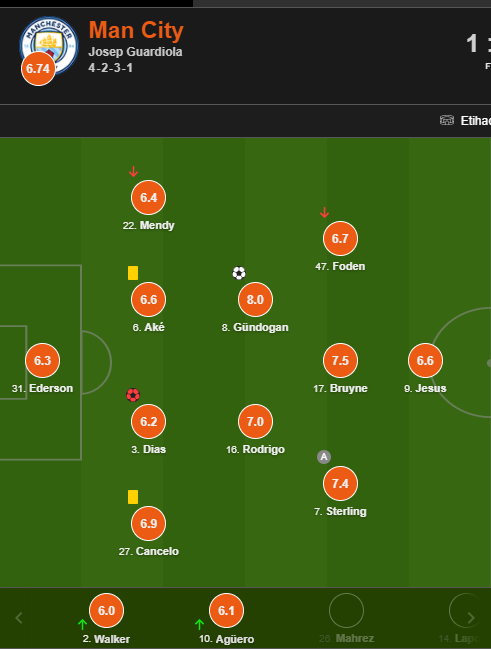 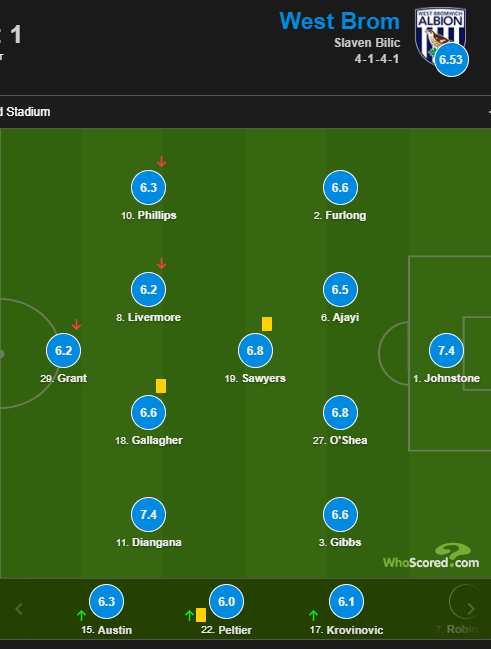