Liverpool manager Jurgen Klopp was pleased with his players after his team’s ‘devastating’ victory over Crystal Palace on the road.

The Reds managed to make a brilliant appearance by taking a deep road trip victory at the London club, with goals scored by Mohamed Salah and Roberto Firmino twice and Takumi Minamino, Jordan Henderson and Sadio Mane once.

This victory has made the German coach of Liverpool, Klopp, happy, who has said that he feels happy with his players.

“It was hard work, as there were a lot of counterattacks from Crystal Palace in the first half where we needed to defend. Our conclusion in the first part was clinical. “Then, 3-0 in the first half is not over, but we controlled the game and scored great goals,” Klopp said initially. 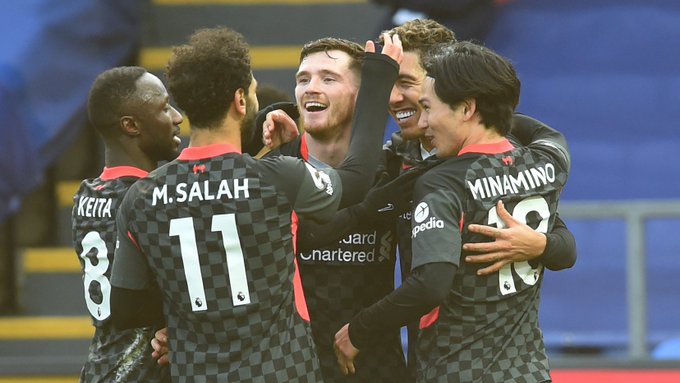 “Boys are capable of this, but it does not happen every week. Today it happened. “This is a very intense period, the boys should be very proud of their performance.”

“We take a day off tomorrow, then prepare for West Brom and the goal difference is good because of the ridiculous result at Villa.”

Regarding Mane’s angry reaction, Klopp added: “He was not angry because Mo (Salah) came into play, but because he did not stay in the game until after the free kick. “You can not do everything, they are human beings, but after the game he reacted well, everything was fine.”

“Christmas will be good, but the season is not over, there are some games to come but we will be ready,” concluded the Reds coach. / Telegraph /