Manchester City have taken a big 1-0 win over Brighton in the game valid for the 18th week in the Premier League.

Pep Guardiola’s team has achieved the fourth victory in a row in the championship, continuing to climb the table.

The only goal in this victory of the team from Etihad was scored in the 44th minute by Phil Foden.

The most valued player of the match was the Belgian midfielder, Kevin de Bruyne, who after assisting was rated 8.5.

On the other hand, the lowest grade of the meeting went to the home striker, Raheem Sterling who was rated 5.3. 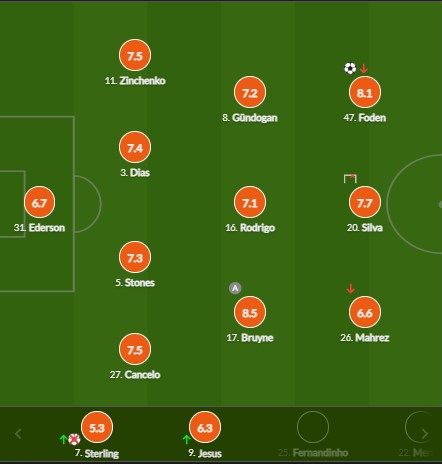 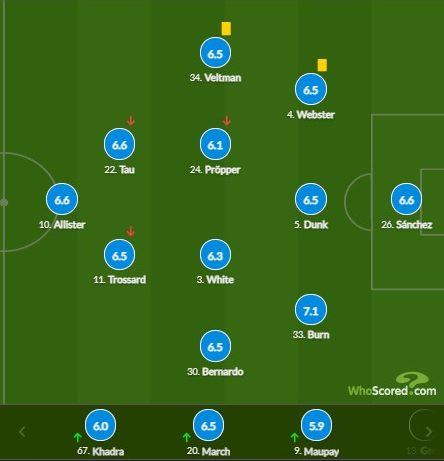