Neville was talking about the local ‘terrible’ derby that ended 0-0 with only four shots on goal recorded at Old Trafford, not hesitating to criticize the coaches of both teams, and in particular Guardiolan.

“There was no intention from either team or the managers. If it had been Jose Mourinho, we would call it bus parking and awful. “This is the reality and we should not expect it from these two,” Neville told Sky Sports.

“Both teams played in the middle of the week, but we put a lot of emphasis on the risk in the Premier League to win a game and you can not say anything about that today (Saturday).”

“I’m surprised by City. “It looked like a team that was upset.” 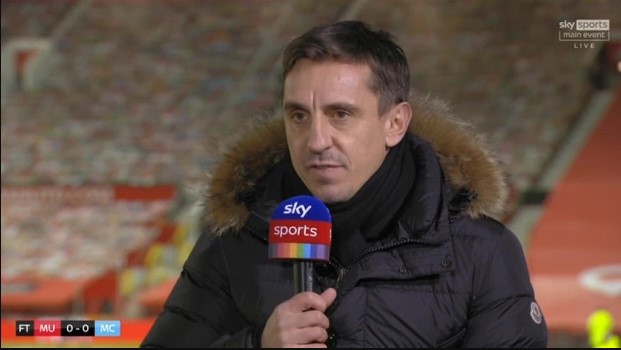 “They are a shadow of the team that won the championship two years ago. They are nowhere near. “We are already looking back and referring to the team that was a few years ago and how good it was compared to now.”

“City may surprise us and win the championship, but they look like all the juice has been squeezed out of the orange. “De Bruyne looks like he’s looking around and thinking: ‘I had best teammates before,'” the Englishman concluded. / Telegraph /