Arsenal have scored four goals and conceded two in the game against Leeds United at the Emirates Stadium.

The better performance of the Gunners has made them get an average grade (6.94) higher compared to the guests (6.16).

There is no doubt about the player of the match, as Pierre-Emerick Aubameyang (9.3) scored a hat-trick, while the lowest grade went to Leeds goalkeeper Illan Meslier (4.0), who received the lowest grade.

Solid performance of Granit Xhaka (6.7) who donated an assist, while the assessment is not satisfactory for Ezgjan Alioski (5.6), whose team suffered a loss. 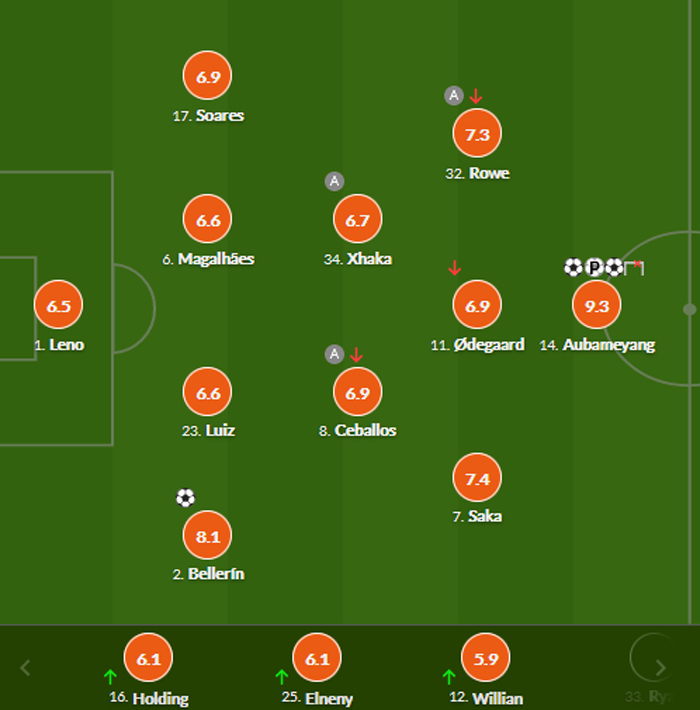 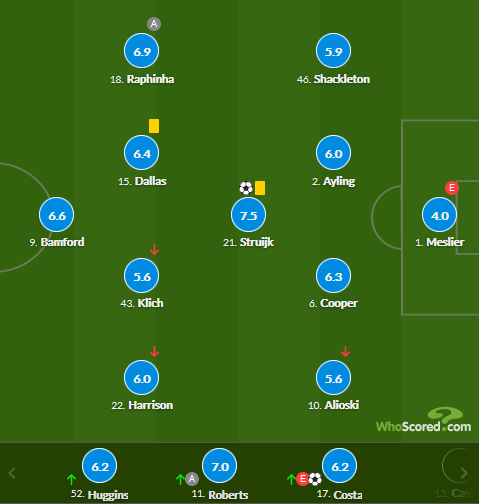