Liverpool have drawn 1-1 against Fulham in the 12th week of the Premier League.

The goal for The Reds was scored by Mohamed Salah from the penalty spot, while for Fulham it was scored by Bobby de Cordova-Reid.

Both teams had an equal game as well as the result, taking the overall score 6.72.

The player with the best performance in this challenge was Antonee Robinson with a grade of 7.6.

On the other hand, the failure of this challenge turned out to be Aboubakar Kamara with the rating 5.6. 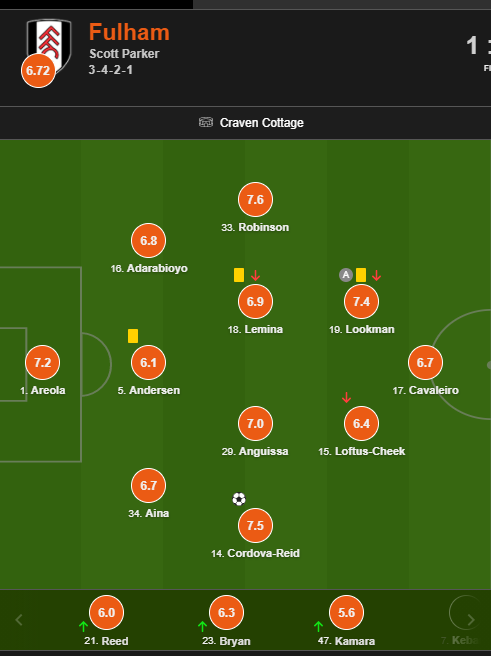