Manchester City had it easy against Southampton collecting full points in the match held at the Etihad Stadium.

Thanks to the better performance, even the average score of Citizens (7.15) is higher compared to that of guests (6.26).

The double goal scorer, Riyad Mahrez (9.6), received the highest rating in this match, while the lowest score went to Moussa Djenepo (5.9). 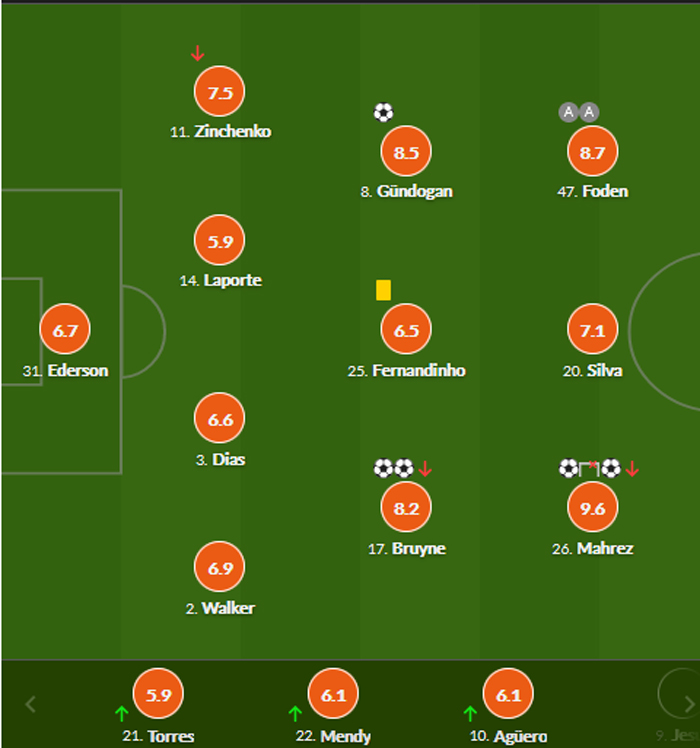