West Bromwich Albion and Manchester United have collected from one point in their draw (1-1) within the match in the 24th round of the Premier League that took place in ‘The Hawthorns’.

Since the score was equal the performance was approximate, so that the average score of the locals (6.68) was close to that of the guests (6.66).

The two goal scorers Mbaye Diagne and Bruno Fernandes have received the highest marks in their teams. 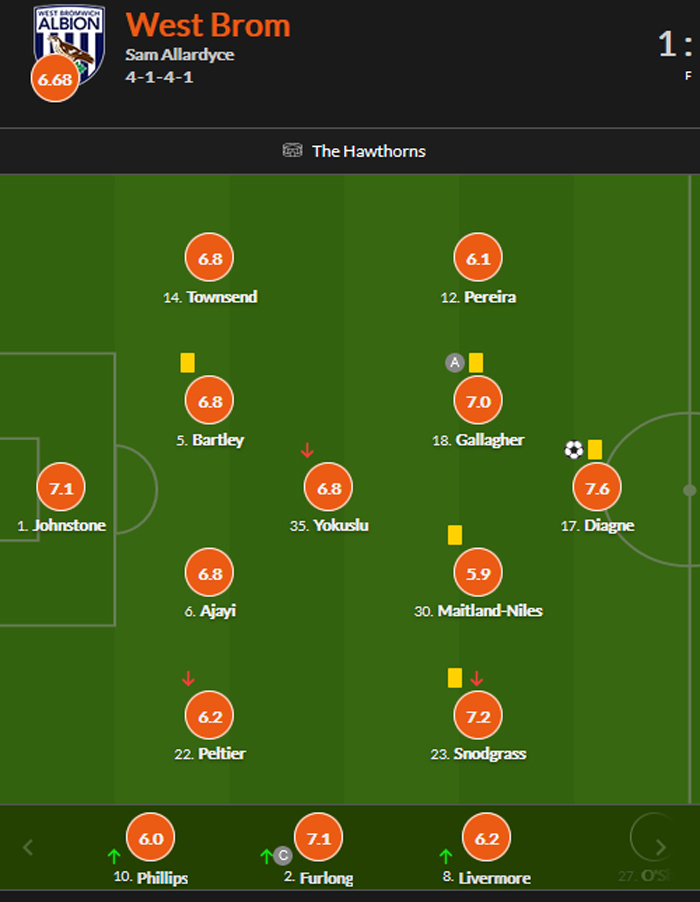 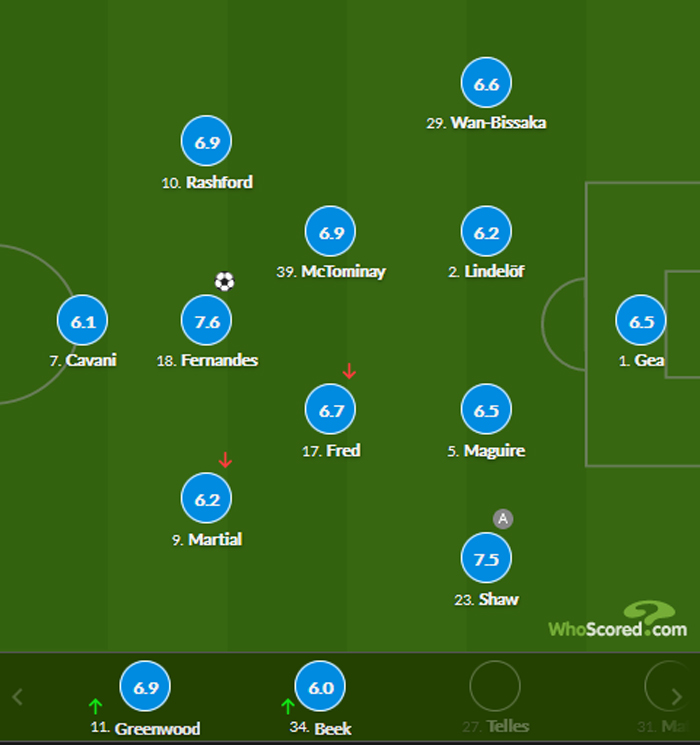