Southampton players are said to be able to get their bonuses paid in Bitcoin as part of a new sponsorship deal.

The Saints have reached a three-year deal with Coingaming Group, following a one-year mandate with the company to have Sportsbet.io on the front of their shirts in the 2020/21 edition.

The deal with him is said to be worth eight million euros a year, making him the most lucrative sponsorship deal in the history of the club. 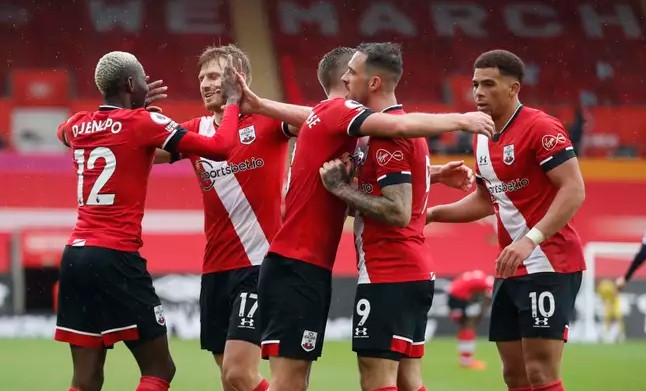 And according to The Athletic, another key feature of the deal means Southampton players will be able to pay performance-related bonuses in Bitcoin.

Achievements such as qualifying for the Champions League or winning a trophy can be paid for players entirely in cryptocurrency.

David Thomas, Southampton Chief Commercial Officer, said: “The team at Sportsbet.io has built a successful business by challenging the convention and breaking the market, but in a responsible way, and their approach to our partnership with them has not been otherwise ”.

Via @JoePompliano: Southampton will now allow it’s players to receive their bonuses in bitcoin 🪙 pic.twitter.com/AHLvi4rs1e

“In a short span of time they have proven to be innovative, far-sighted and extremely supportive of the club, our fans and the wider community, and we have welcomed the opportunity to develop and promote secure betting messages together.”

It could be a great look for the future. The price of Bitcoin reached a record $ 62,575 on Tuesday morning. /Telegraph/