2020 has been an unusual year on and off the field, but this year has seen some young stars rise to the top of football. Many well-known but also unknown names came this year and increased their values ​​in enormous numbers.

Some have entered the scene completely unexpectedly, while others have only strengthened the foundations they had laid in 2019 and earlier.

From Erling Haaland to Pedri, Pau Torres, Marcos Llorente and Bruno Fernandes, many players have been crucial and, according to Transfermarkt, their values ​​are raised to heaven.

But who are they and where do they play? 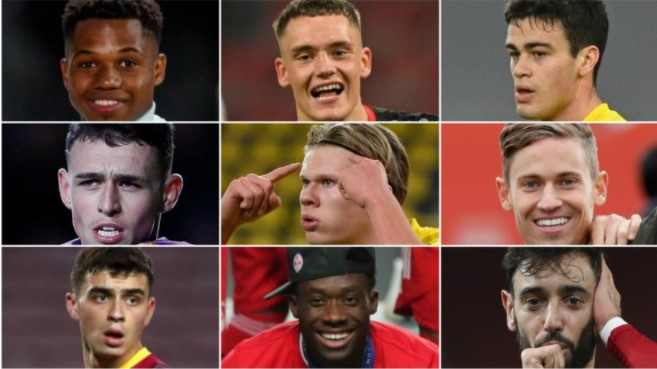 Erling Haaland is at the top of the list. The Norwegian signed for Borussia Dortmund until 2024 on December 29, 2019, and he has continued to shine since then. Now, he is valued at 100 million euros, seeing his value increase by 55 million euros in the last 12 months, thanks to the average of one goal in 57 minutes.

Alphonso Davies, like Haaland, has exploded in Germany and its value has also increased by 55 million euros, with Transfermarkt which now values ​​it at 80 million euros.

Ansu fati is the last player to appear on the podium. Just turned 18, the Barcelona and Spain star has impressed more than he could have expected. Like Davies, he is valued at 80 million euros, which is 40 million euros more than a year ago.

Further on the list are Inter defender Alessandro Bastoni and Barça midfielder Pedri, whose value has increased by 22 million euros more than at the beginning of 2020 after an impressive end of the calendar year, bringing the value of to 45 million euros, respectively to 30 million euros. 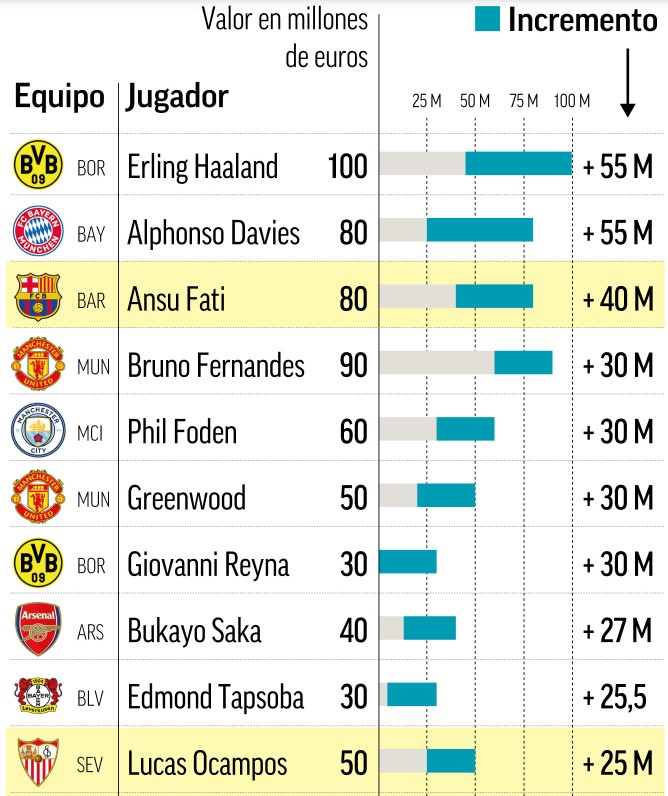 Group with an increase of 30 million euros 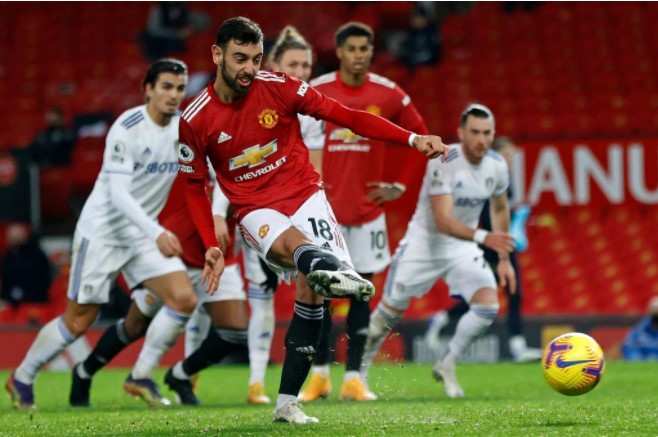 Like Pedri and Ansu Fati, there are five other players playing in the Spanish elite league who have seen their value increase by large sums.

Sevilla duo Lucas Ocampos and Diego Carlos have both increased their prices by 25 million euros and now both are valued at 50 million euros.

The values ​​of the Atletico Madrid duo, Renan Lodi and Marcos Llorente have increased by the same amount and now the defender is estimated at 50 million euros, while the midfielder at 45 million.

Villarreal’s Pau Torres, is another player whose value has increased significantly. The value of the Spanish quarterback has also increased by 25 million euros and now his estimate stands at 40 million euros. 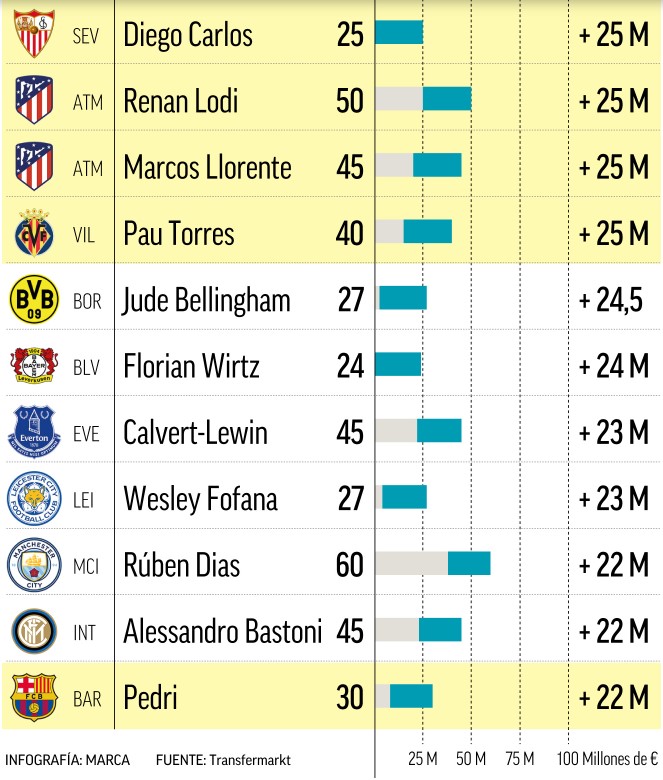 The two ‘gems’ of the Bundesliga

Florian Wirtz made his debut for Bayer Leverkusen on May 18 this year and now, after signing a new contract, his value has increased by 24 million euros.

Reyna is the other player and, just 18 years old, he seems determined for a bright future with Dortmund or somewhere else. The value of the American has increased by 30 million euros