Liverpool host Manchester United in the match known as the biggest English derby due to rivalry over the years, a meeting valid for the 19th week in the Premier League.

The Reds are expecting the Red Devils in the match which is expected to take place today (Sunday) starting at 17:30 at Anfield.

This match is expected to be very interesting, as United have snatched first place from Liverpool in recent weeks, due to some negative results of the Reds.

But which team has the best footballers in its ranks and who dominates a combined formation.

The known medium Sportskeeda has compiled a combined lineup of Liverpool and United, a lineup dominated by Reds players.

In this combined formation, Liverpool has a full eight players, while the Red Devils only three. 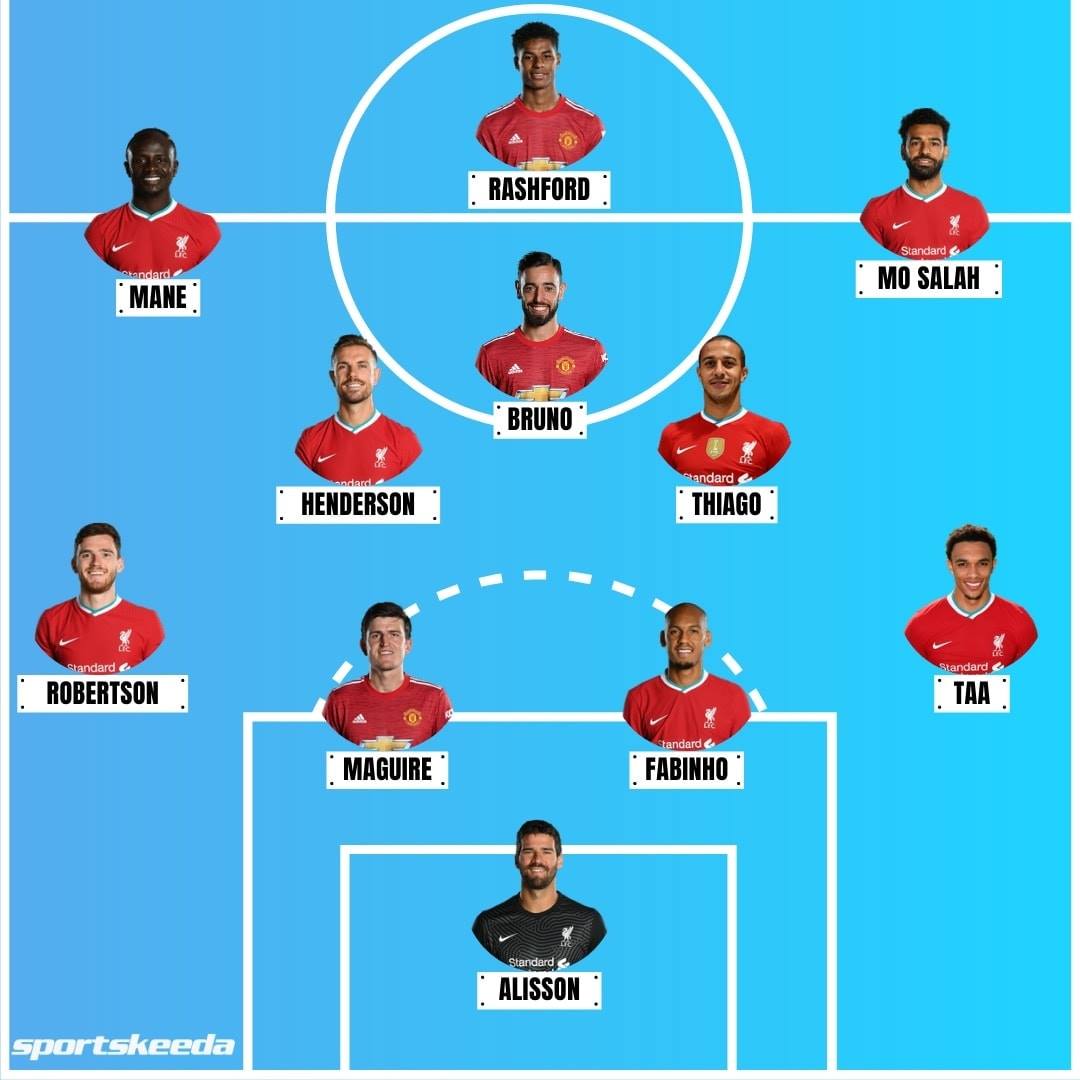