Erling Haaland tops the list of players who have reached the fastest 25-goal mark while playing in Europe’s top five leagues this century.

The Norwegian superstar joined Borussia Dortmund last January and quickly established himself as their main striker.

Despite being only 20 years old, Haaland managed to score 25 Bundesliga goals in 25 appearances.

This means that he achieved this record faster than icons such as Zlatan Ibrahimovic and Cristiano Ronaldo. 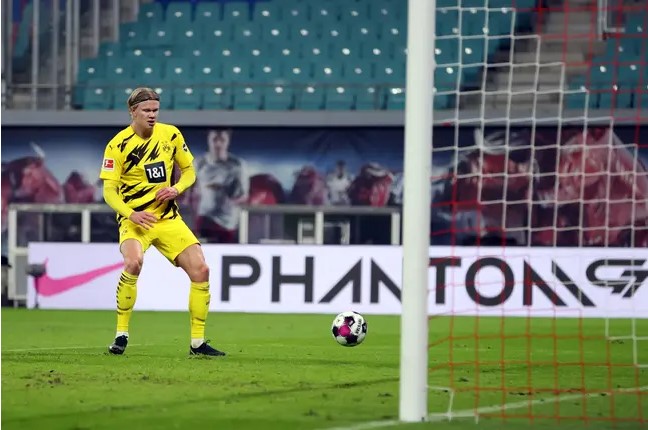 The other players featured on the list are World Cup winner Spain, Fernando Torres, Neymar and Andriy Shevchenko.

The list also includes other names such as Luca Toni, Diego Milito and Arjen Robben.

Below is the list of ten players who have reached the figure of 25 goals faster: 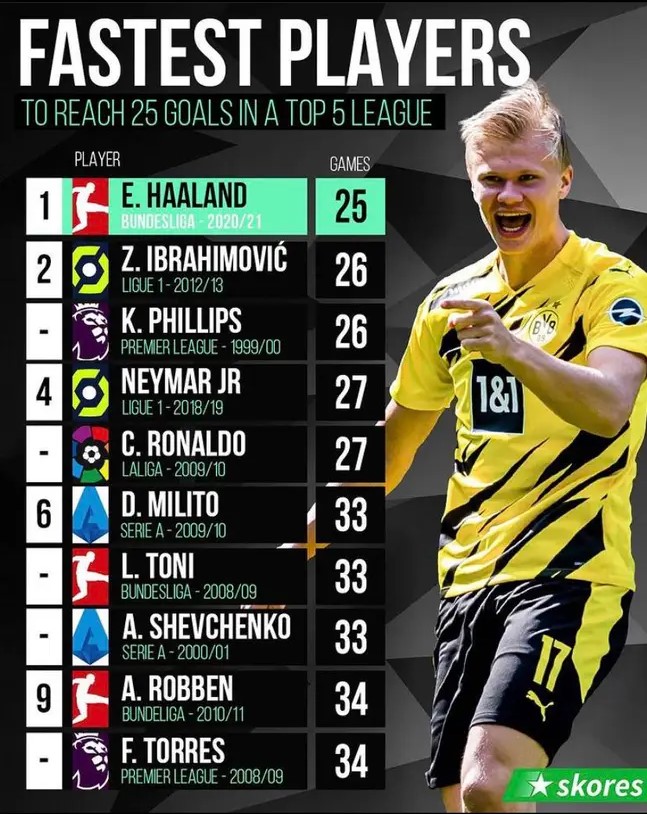