Wayne Rooney has made an amazing career with Manchester United winning many trophies and placing his name alongside club legends.

Now it is the turn of his son, Kai Wayne Rooney, who at the age of 11 has signed his first career contract.

He just signed with the club where his father left his mark. 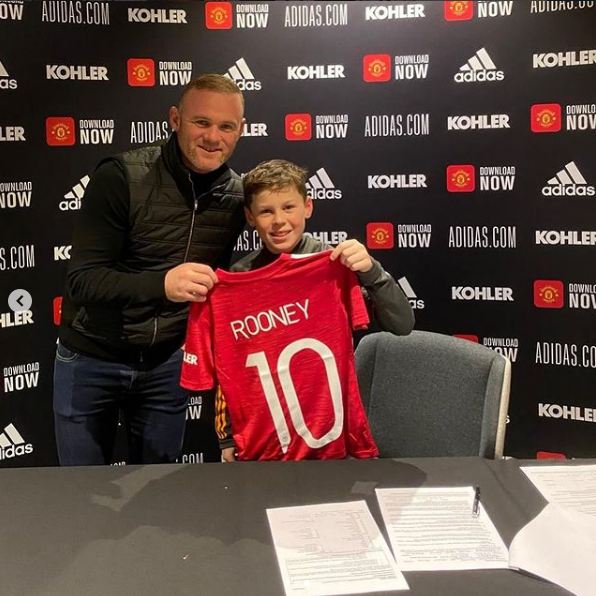 Wayne Rooney who is currently the Derby coach has written that this is a moment of pride.

“A day of pride. Kai signed for Man Utd. “Keep up the great work, boy,” Wayne wrote in a photo posted with his son and wife Colleen.