Skip to content
HomePremier LeagueWenger ‘attacks’ Artetan: Ozil is not difficult to manage, he is a football artist


Arsene Wenger has insisted that Mesut Ozil is not difficult to manage, while describing the ‘special’ Arsenal midfielder as an ‘artist’.

Wenger persuaded Ozil to join Arsenal from Real Madrid for a then-record if 43million club fee in the summer of 2013.

The former Germany international arrived at the Emirates with a reputation as one of the best creative players in European football, and soon became a leader at Arsenal due to his creative ability and magical assists.

However, Ozil has found himself out of the plans of coach Mikel Arteta, who has left him out of the squad for the Premier League and Europa League matches.

It has been suggested that Ozil has had a disruptive impact on the locker room during his time with the Gunners, but Wenger claims he never had any problems with it.

“It was not difficult to manage. “He was a guy who had a special quality as a creative player and he had to have fun,” Wenger initially told ESPN.

“He is an artist and these people are a little more sensitive. “They need support and an environment that pushes them to give their best.” 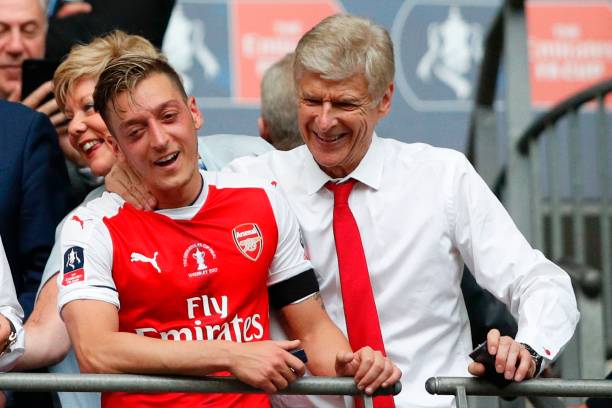 Wenger advised Artetan on how to better use Ozil, with his belief that sacrifices must be made to accommodate a player with his unique talents.

“You have two ways to see a football team. You make everyone do the same. The same intensity of work, the same defensive work or find a compromise.

“You have a more creative player on the team who can do less defensive work but you build a team around him that can make up for these shortcomings.”

“This is what you have to think about,” concluded the French coach. / Telegraph /