Skip to content
HomePremier LeagueWho will be declared champion: Statistical forecast of ‘CIES Football Observatory’ for the final ranking in the major European leagues


The 2020/2021 season has entered the final stage and the leaders in the major European leagues, but try to stay on top until the last lap.

But who will finish at the top of the table in May? He has tried to answer this answer CIES Football Observatory (International Center for Sports Studies).

“The projection is calculated using the statistical model taking into account the shots on goal and attempts from inside the area or goals scored, possession of the ball, as well as the passes of teams and their opponents in 1/3 of the opposing part of the field.” , it is said in their explanation. 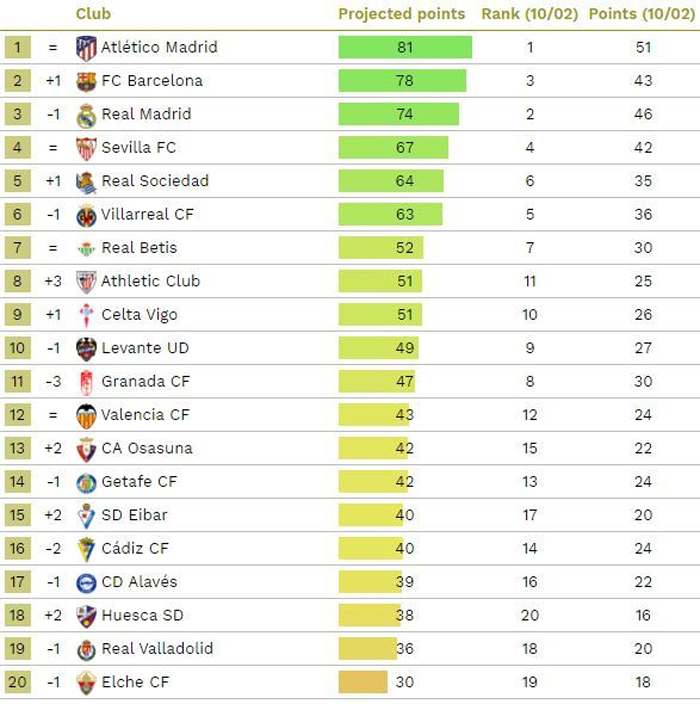 The forecast declares Atletico Madrid champions for the first time since the 2013/2014 season. Barcelona, ​​Real Madrid and Sevilla, on the other hand, would end up in the top four, while Huesca, Real Valladolid and Elche would drop out of the league.

Premier League: Manchester City will stay on top until the end 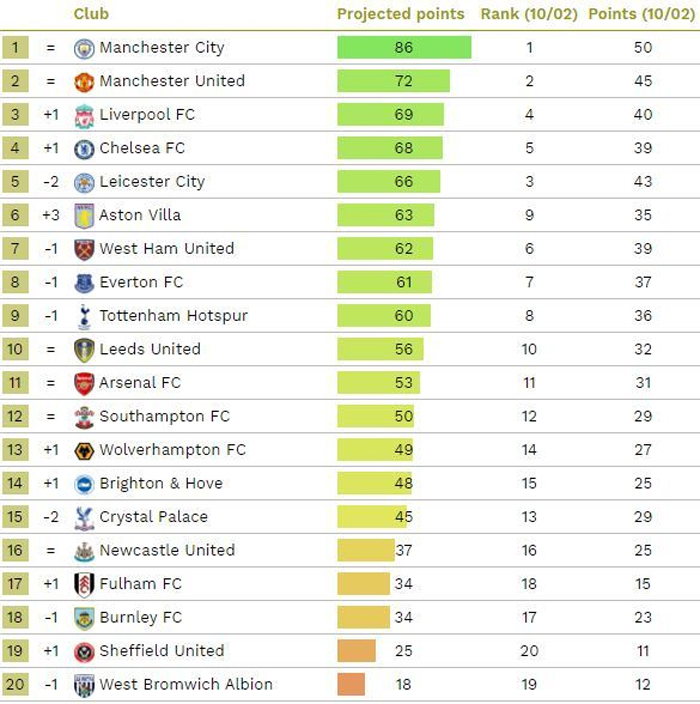 Manchester City remains the favorite not to concede first place until the end of the season in the Premier League returning the title. The startling prediction for the English Championship is that Tottenham Hotspur remain out of the Europa League zone.

Bundesliga: Another title for Bayern Munich 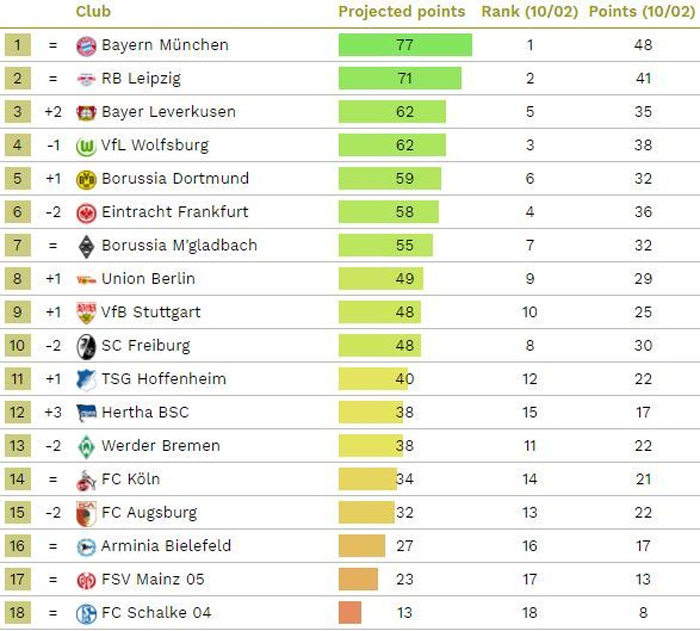 There is no surprise in predicting that Bayern Munich can win the next Bundesliga title, but it is surprising that Borussia Dortmund is ranked out of the Champions League. While Schalke is projected to finish quite at the bottom of the table falling out of the league.

Serie A: Juventus does not win the title for the 10th time in a row 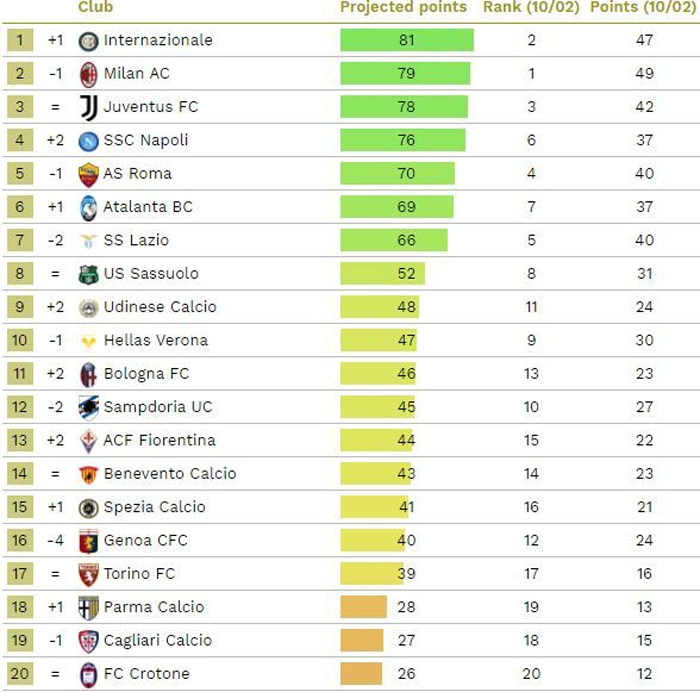 Juventus is looking for the tenth title in a row in Italy, but based on this forecast will finish the season in third place. Meanwhile, Inter is expected to close this season as champions with two points more than city rivals Milan. 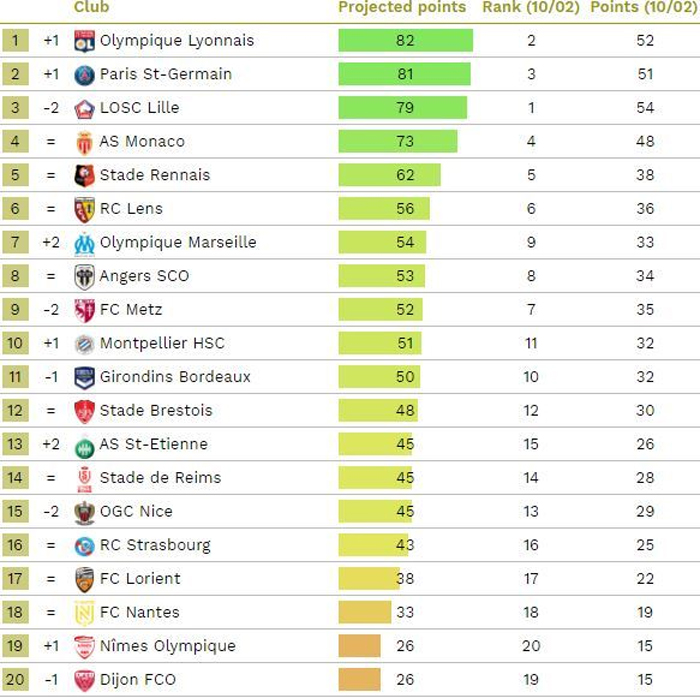 Paris Saint-Germain is not expected to win the next title in Ligue 1 based on this prediction that for the champion brings out Lyon with one point more than the reigning champion. Lille and Monaco are the other two teams that would qualify for the Champions League.